Will the Covid get the better of the bushmeat? 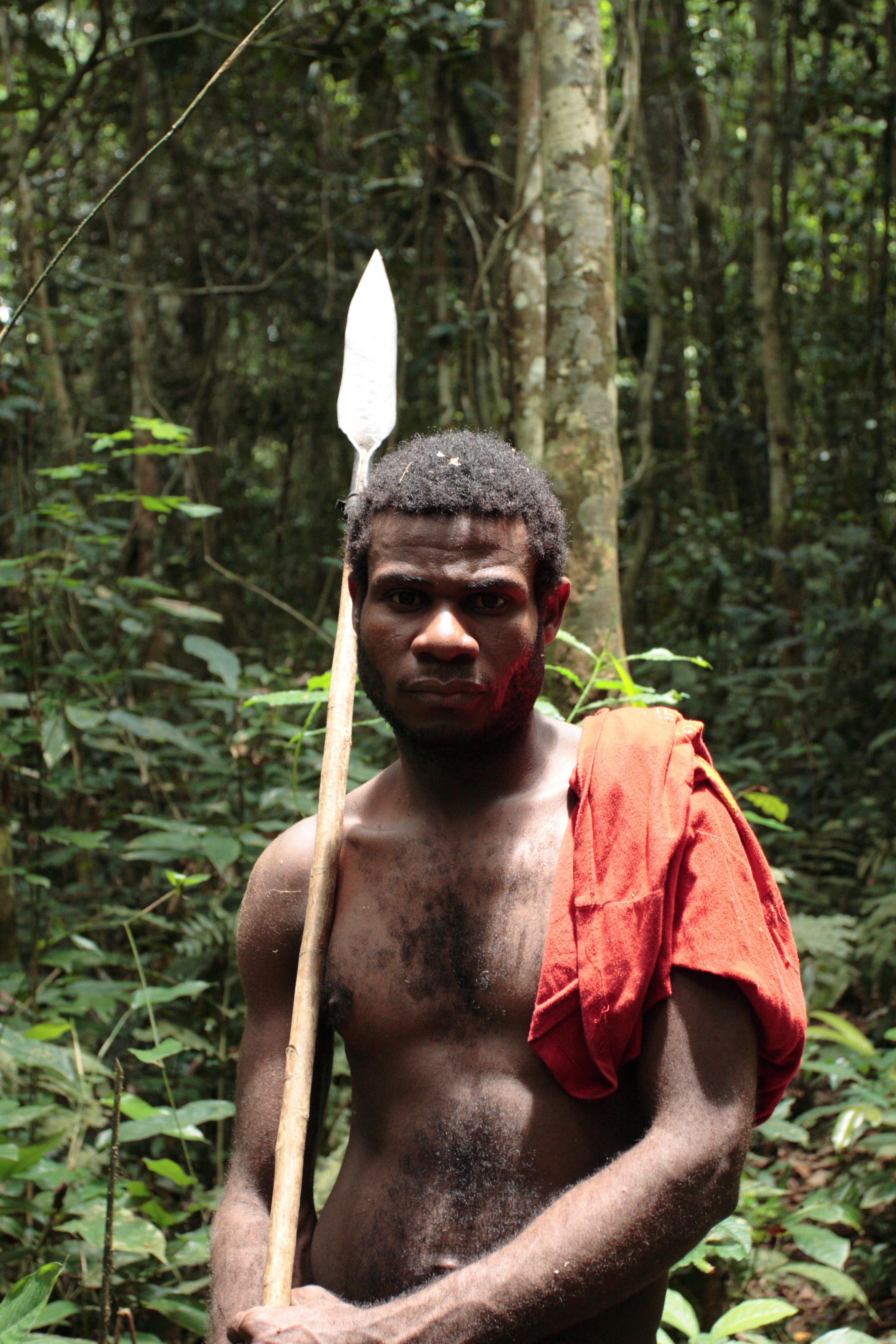 On 21 April, NGOs Global Wildlife Conservation, Wildlife Conservation Society (WCS) and WildAid launched a coalition calling for the “permanent end to the commercial trade and sale in markets of terrestrial wild animals for consumption,” especially monkeys, pangolins and porcupines, in order to prevent new zoonotic pandemics (diseases which can be transmitted from animals to humans). Despite the public health problems posed by the hunting and consumption of wild meat, which was linked to transmission of the Ebola virus and is now implicated in the coronavirus pandemic, it remains highly sought after in many of the world’s tropical regions, particularly in central Africa, where ‘bush meat’ as it is generically known, is hunted for direct consumption and sold in markets in major urban centres.

“Game or ‘bushmeat’ is the main source of food and protein for people living in the forest, as well as their main source of income. It’s easier to monetise game to pay for children’s schooling or for medicine than to subsist off of food crops that do not provide immediate income and are unpredictable,” says Jean Semeki Ngabinzeke, professor in the department of natural resource management at the Faculty of Agricultural Sciences in Kinshasa, Democratic Republic of Congo (DRC).

According to the Food and Agriculture Organisation (FAO), 4 to 5 million tonnes of wild meat are consumed every year in the Congo Basin, equivalent to half of the cattle production in the European Union.

“Our surveys show that in rural areas of Gabon, where about 30 per cent of the country’s population lives in villages and small forest towns, average consumption is between 50 and 200 grams of meat per person per day.”

“Diets vary according to region, but they are generally very meat-based,” says Philippe Vigneron, researcher at the French Agriculture Research Centre for International Development (CIRAD) and coordinator of the Sustainable Wildlife Management programme in Gabon.

In the large cities of central Africa, however, wild meat is by no means consumed for subsistence ; frozen chicken imported from Brazil is cheaper. Rather, monkey and pangolin have become luxury or festive dishes for the wealthy and middle classes, reflecting a deep attachment to a cultural heritage that values hunting. “As you move away from the villages you have medium-sized and large cities like Libreville, Franceville, Brazzaville, Pointe Noire, Kinshasa and Yaoundé, which are major destinations for bushmeat, and it’s for cultural reasons,” explains Cédric Vermeulen, a professor specialising in forest resource management at the University of Liège in Belgium. “These markets are illegal [both nationally and internationally]. They are domestic but also transnational. The north of Congo-Brazzaville [Republic of the Congo], for example, supplies Cameroon. At these markets, it’s the collectors and resellers who see the largest profit margins, while villagers earn very little.”

“We need measures for monitoring or even for conducting awareness campaigns”

The most commonly hunted species are the blue, red and yellow-backed duikers (related to antelopes), porcupines, various rodent species, bats, bushpigs, pangolins and monkeys. The smaller species weighing four to five kilogrammes or less end up on the tables of the hunters, their families and neighbours, while the larger ones are generally sold at the markets. Hunters typically use rifles and metal wire.

Pangolins, implicated in the transmission of the new coronavirus (Sars-CoV-2), account for 5 to 10 per cent of the species hunted in Gabon. The country issued a decree banning the consumption of pangolin and bats following the outbreak of COVID-19, though it remains the only country in central Africa to take such prohibitory measures. In Cameroon, the authorities simply recommended that meat be well cooked. In Congo-Brazzaville and the Democratic Republic of Congo, no measures have been taken to limit the consumption and sale of wild meat.

“We’re not even talking about it. We need measures for monitoring or even for conducting awareness campaigns, which the DRC doesn’t have. People are still very ignorant about the risks involved in handling or consuming bushmeat,” says Jean Semeki Ngabinzeke, a professor in Kinshasa. “Here in Congo-Brazzaville we’re on lockdown but the government has yet to address bushmeat as a source of infection and the population doesn’t know there’s a link to COVID-19. If local public and private media, especially television, were to take up the subject, then yes, this could create awareness because it’s the media that really reaches the people,” says Richard Malonga, director of the Wildlife Conservation Society (WCS) in Congo-Brazzaville.

Yet the health risks associated with consuming wild meat and the impact on biodiversity are well known. Wild meat that is handled carelessly and sold illegally at markets in Africa without veterinary inspection is far more likely to harbour infectious pathogens than farm meat.

“Seventy-five per cent of the infectious diseases that affect humans come from animals and 60 per cent of these zoonoses are linked with wild animals. The consumption and trade of bushmeat in central Africa effectively promotes contact between humans and wildlife.”

“The risks associated with zoonoses are greater here than elsewhere and are increasing due to the loss of biodiversity, the lack of veterinary inspections and because there are more and more commercial channels and informal networks feeding urban demand beyond subsistence consumption. However, little is still known about the occurrence and frequency of zoonoses in a large number of these wild species which, when sold through informal channels, escape inspections and veterinary controls and are rarely detected,” explains Ferran Jori Massanas, veterinary epidemiologist at CIRAD.

The taxonomic groups which pose the greatest risk are bats, rodents and primates, the first two because they live in colonies of very large numbers of individuals in closed spaces, and the third because they are closely related to the human species. The amount of wild meat sold in urban centres is increasing as population growth in the Congo Basin, along with the rest of Africa, continues to increase. Around the major cities of central Africa – Yaoundé, Brazzaville, Kinshasa – you have an ‘empty forest phenomenon,’ where wild animals are disappearing from forests, hunted for their meat or victims of the destruction of their habitat by deforestation.

A question of food security

Should the consumption of wild meat be banned or simply regulated ? It is a sensitive subject. A complete ban on consumption of wild meat would have a significant effect on the food security of a large portion of the rural population. Governments have thus far failed to find a solution as employment in rural areas is lacking and alternative sectors have yet to prove viable. Harvesting is still very limited ; experimentations with the introduction of local farms and fish farming don’t work because it is still easier and more profitable to kill a duiker than a chicken.

“In Gabon, hunting yields are more than half a kilo an hour. This means that a hunter who goes to the forest for six hours is certain to return with three kilos of meat which will be sold for 2,500 CFA francs (about €3.8 per kilo),” says Vigneron, coordinator in Gabon of the Sustainable Wildlife Management programme.

“Bushmeat is the only animal protein that people in rural areas have and local hunting has no impact on biodiversity, we’ve measured it. So banning consumption wouldn’t make sense. In cities, on the other hand, you can find chicken, beef, pork and mutton, so people can easily do without it. It’s these urban consumers that have to be encouraged to change their behaviour and diversify their diet,” says Malonga of WCS.

On the supplier side, positions are more entrenched. Some researchers and organisations, following the example of the European Union, the FAO and the Centre for International Forestry Research are calling for the establishment of legal and sustainable supply in order to monitor the trade. In Gabon, while the commercialisation of wild meat is theoretically prohibited, the authorities are considering legalising the sale of a certain species with quotas and bracelets that allow for health inspections and traceability. By contrast, major conservation NGOs want a global ban on the trade in order to save the endangered species threatened by this national, transnational and international trade. They advocate for tighter controls and surveillance along roads, fearing that legalisation could disguise illegal trafficking. According to the United Nations, the illegal wildlife trade was estimated at US$23 billion in 2016.